Ty Coryton is a bright, open and fun place to live and learn. Situated next to Ty Coryton School is our home for children with autism between the ages of 8 to 19.

The home and school work closely together to offer a seamless blend of learning and living.

With our home located on the same site as the school, Ty Coryton offers a wide range of learning and living options. Accommodation can be offered on a part-time or full time basis. We offer weekly boarding where children can return home every weekend, a term-time only option or a full time 52 week living arrangement.

Our large spacious home at Ty Coryton is a series of six flats. The flats are bright and spacious, each with a large lounge, a kitchen and dining area, so plenty of communal space for spending time with friends, and each with bedrooms for four or five children. Children are encouraged to get creative and put their personal stamp on their own space, bringing as much or as little from their home as they like.

At Ty Coryton children are supported to socialise and meet lifelong friends in a safe and nurturing environment where children have access to a peer group, where they can learn, make mistakes, practice and ultimately succeed.

Located close to Whitchurch Village, and just minutes from Castell Coch and the Taff Trail, we are also close to Cardiff’s vibrant city centre, where there is a wealth of after-school options for our children here.

At Ty Coryton our mission is to provide friendly and nurturing learning and living environments that inspire confidence and self-esteem, encouraging children to develop into independent, active and valued members of society as they become young people and adults.

By blending education with modern living and a therapeutic approach to care, children develop a positive self-image, learning how to make positive choices and maintain their health and wellbeing.

Learning that extends from school into the home serves to reinforce independence and life skills throughout the waking day, in education, at home and in the community. For children at Ty Coryton, the world is one big classroom and an infinite source of both practical and inspirational learning opportunities.

Children at Ty Coryton have a voice and are listened to. They are encouraged to directly shape their own learning and living experiences.

Ty Coryton is located in a former manor house surrounded by several acres of gardens.

The house was built in 1900 for the Cardiff shipping magnate J. Herbert Cory who named the site Coryton House. The land itself was part of the Llwyn Mallt Farm estate and was to form part of Coryton Garden Village, however the First World War intervened and this development did not take place.

In 1913 J. Herbert Cory became Sheriff of Glamorgan and in 1915 he became Conservative MP for Cardiff. He was knighted in 1919 and died in 1933 after which Lady Cory continued to live at Coryton House for several years.

During the Second World War Coryton House was used as the Civil Defence Headquarters for Cardiff.

In 1952 the house and grounds were eventually purchased from Lady Cory and it empty for a number of years.

The site was purchased by Orbis in 2006, opening its doors as Ty Coryton, with the first pupil arriving in April 2008. The residential home was built next door to the school on the same site, its six flats all named after J.Herbert Cory’s children.

Today, many of our children both live and learn on the same site, thus benefitting greatly from our blended 24 hour waking curriculum of education and care.

Maintaining contact with families is of paramount importance and of course we welcome visits on a pre-arranged basis. Indeed, we ask that family visits are planned so that we can ensure that children are prepared for visits and possible changes to their routines.

Our busy and engaging after school curriculum is full of ideas and options. In fact, the range of options is almost as broad as the children’s interests.

With both Whitchurch Village and Cardiff on our doorstep we have a great number of museums, parks, walks and castles to choose from all within a few miles of Ty Coryton. As well as this, we are only 30 minutes from the beaches of Barry Island and Porthcawl and the coastal town of Penarth with its Victorian and Edwardian architecture.

Cardiff is a young city with a large student population. It is perfect for a day out spent shopping or taking in a film, going for a meal or watching a theatre performance or other live event including sporting fixtures.

Our several acres of landscaped gardens provide on-site spaces in which to play, do a spot of gardening or have a bounce on the trampoline.

The home is the perfect environment in which to practice life skills learned during the school day. Children are supported to learn tasks and personal care skills in the home, and can be provided with evening timetables and schedules, work schedules, signs and symbols to help them maintain their routine.

Our home at Ty Coryton is presented as a series of six flats. Each flat is bright and spacious, each with a large lounge, a kitchen and dining area, so plenty of communal space for spending time with friends. Each also has bedrooms for four or five children.

Children are encouraged to get creative and put their own personal stamp on their space, bringing as much or as little from their home as they like, and turning the room into an extension of their personality and identity.

At Ty Coryton children are supported to socialise and meet lifelong friends in a safe and nurturing environment where children have access to a peer group, where they can learn, make mistakes, practice and ultimately succeed. Children have plenty of space in which to be together, whilst also having the option to have privacy and quiet time.

When our children are ready to move on from Ty Coryton, some move on to our adult homes, where their friendships can continue to thrive long into adulthood. 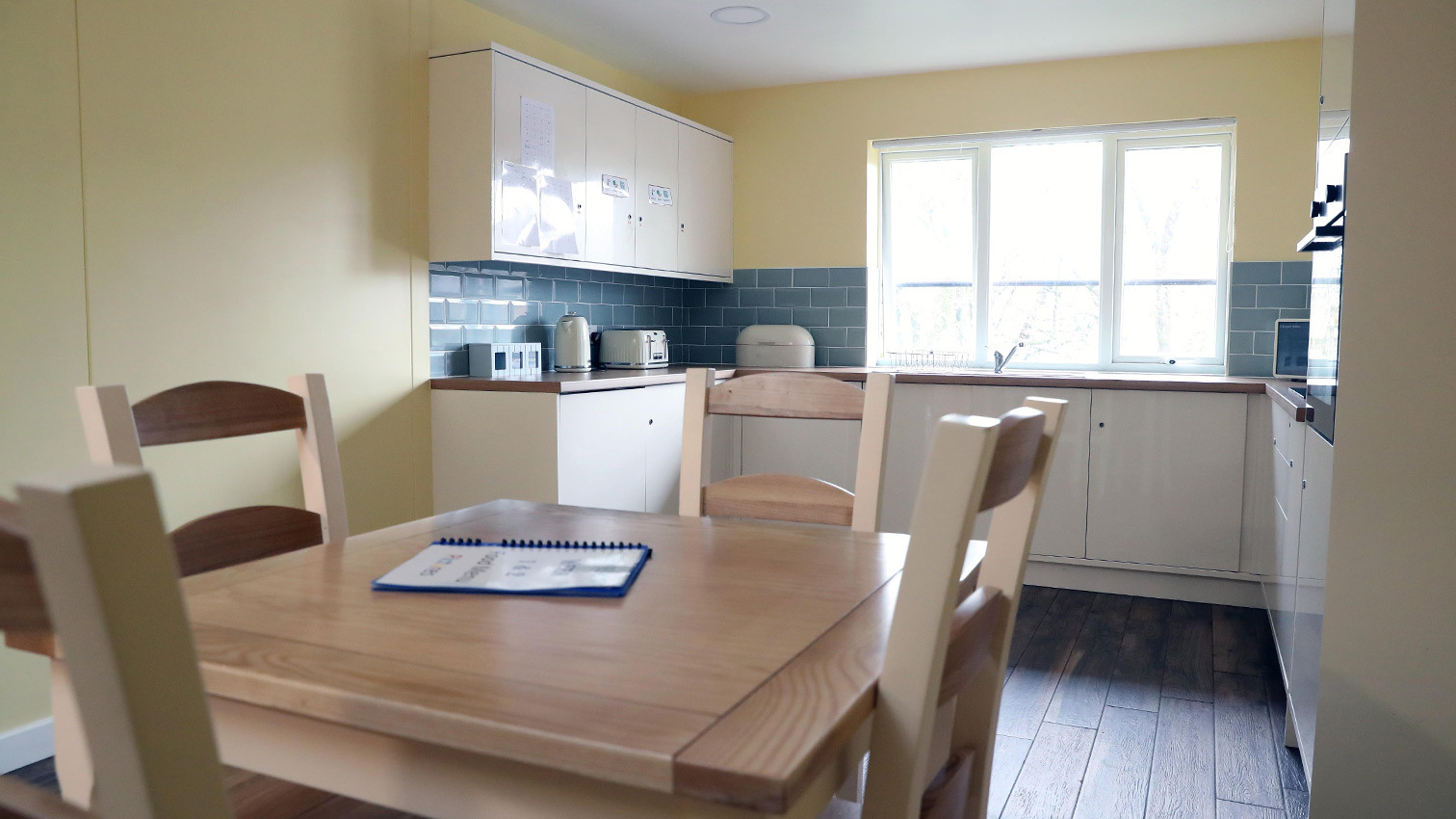 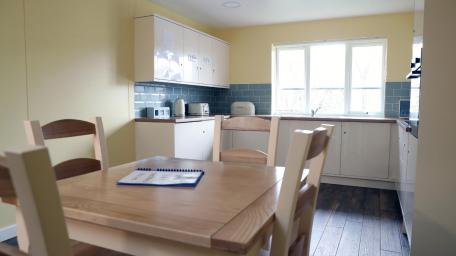 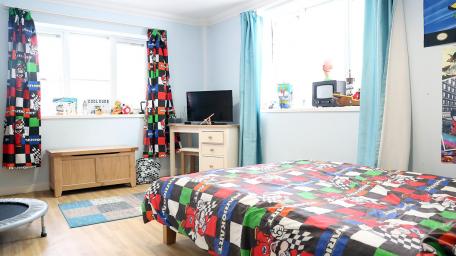 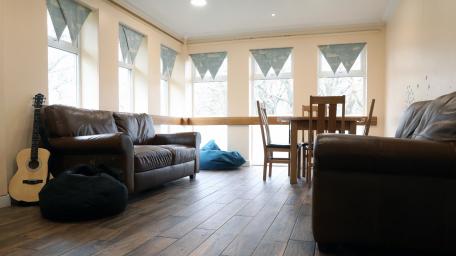 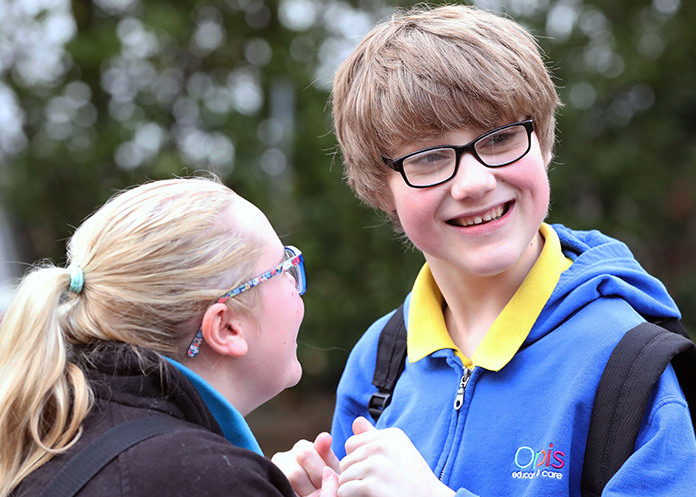 Nestled at the foot of the Brecon Beacons National Park with spectacular views of the mountains, Ty Bronllys offers contemporary outdoor learning pods and a spacious home for 10 children.... 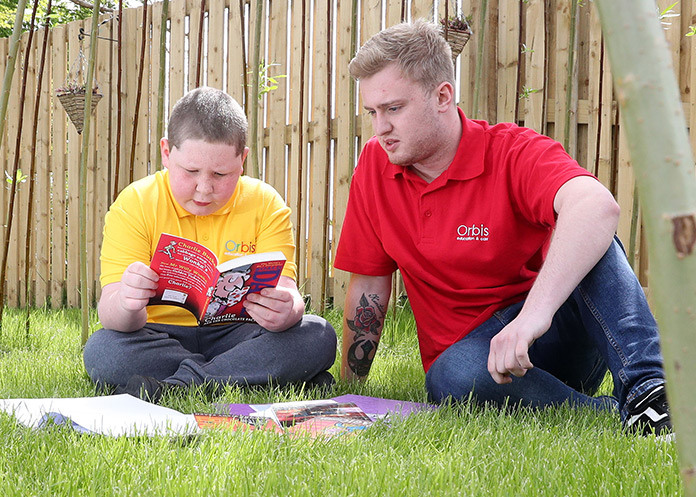 Dan y Coed is a state-of-the-art school and home less than a minute’s walk from the miles of sandy beaches that are typical of the Swansea coastline... 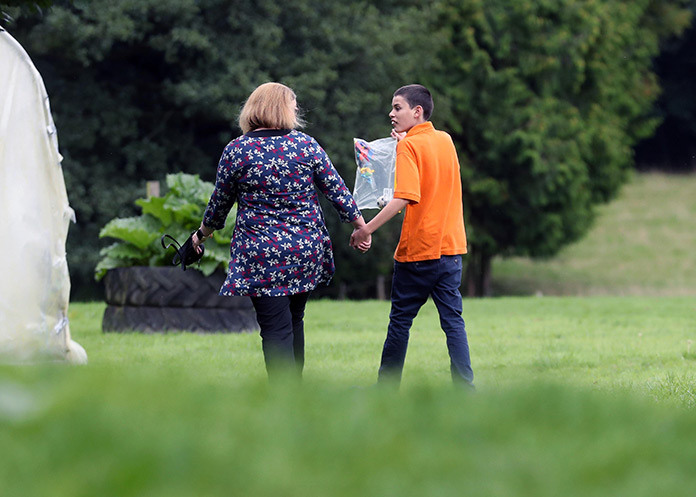 Summergil House is a stunning school and home on the border of Herefordshire and Powys... 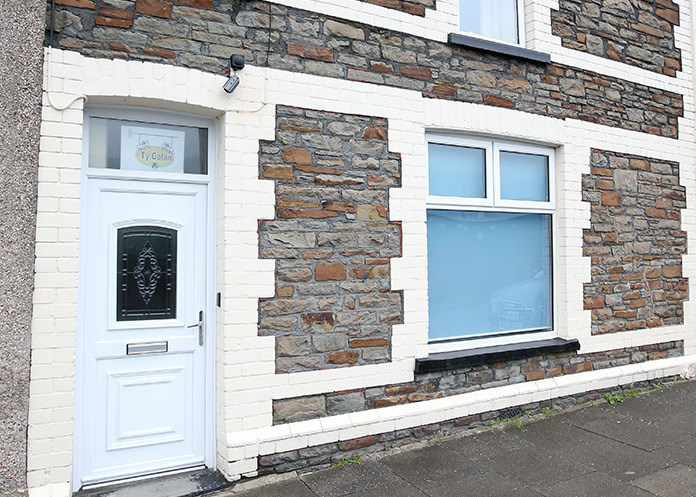 Ty Galan is a modern home for up to three children located near the town of Porth...